All Extreme teams are underway with their fall 2021 softball seasons! Check out the team schedules to view fall tournament schedules for every team: West Cobb Extreme Teams – Fall 2021 Tournament Schedules 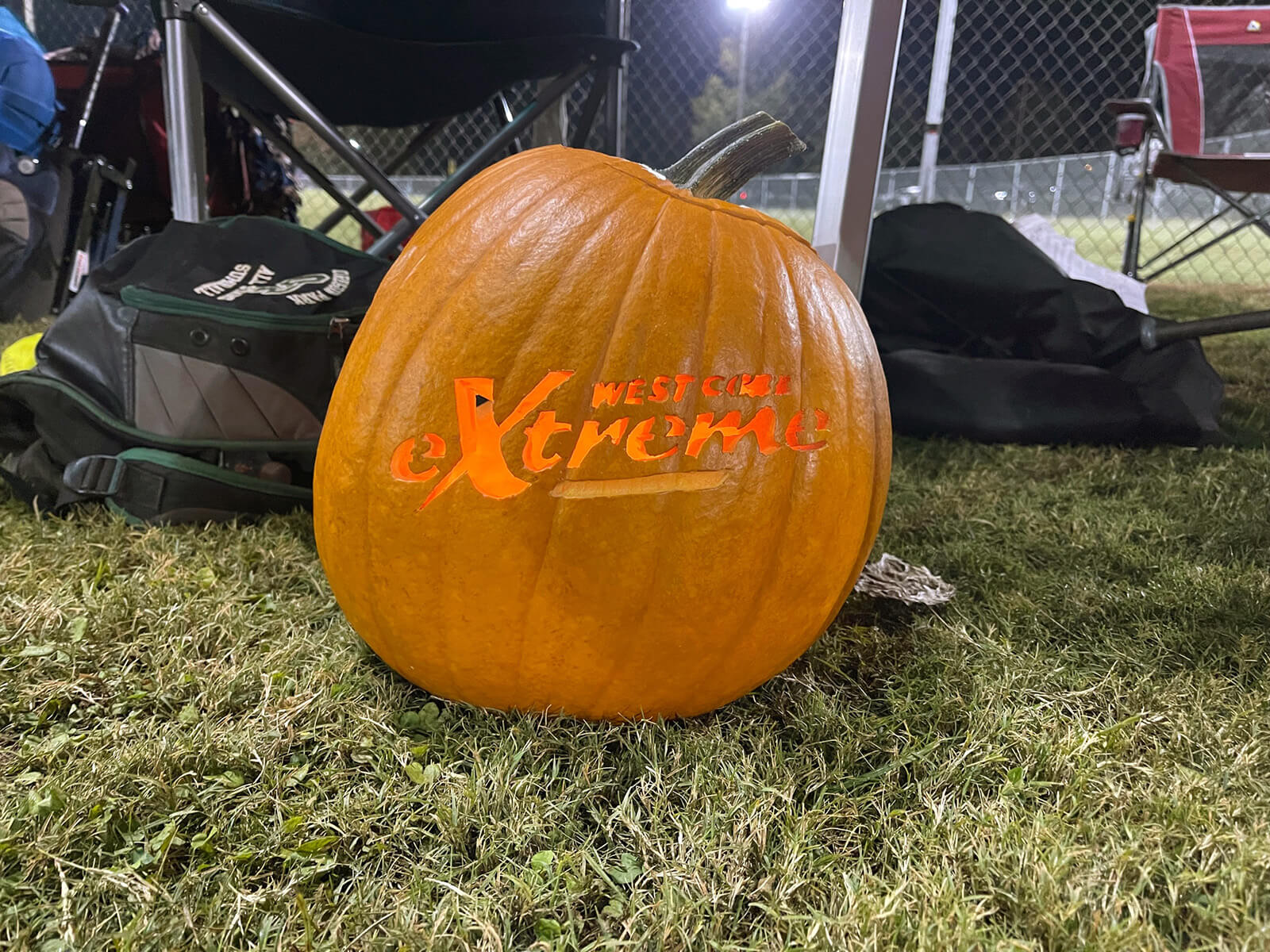 Thanks to Extreme 8U and Coach Otto for the awesome Extreme pumpkins!

September 11, 2021 – Marietta, GA: West Cobb Extreme 10U (2011) played in their first tournament of the 2021-2022 season. Coach Benjamin and his team made it to the championship game of the GSA Patriot Day tournament, and ended up in second place. Great start to the season!

Saturday, July 31, 2021, Powder Springs GA: West Cobb Extreme softball club set another new record of players trying out for our 8U, 10U, 12U, 14U, and 16U/18U teams! The fields at Lost Mountain Park were full of softball players showcasing their skills to hopeful coaches and teams.

Thank you to all parents who brought their talented players to the club for our organizational tryouts! The West Cobb Extreme softball club continues to grow and build outstanding teams. The club offers opportunities for players searching for a strong club that promotes player improvement, team growth, and the love of the game.

USFA – Spring Warmup Tournament – It was a great for the West Cobb 14U Extreme teams at the USFA Spring Warmup tournament at Nathan Dean Sports Complex in Rockmart, GA on Saturday 3/6/2021. After a some competitive pool games and great bracket wins, the championship game ended up with two West Cobb 14U Extreme teams (West Cobb Extreme 06 Blankenship & West Cobb Extreme 07 Jacobs) competing for the championship!

The fields were lined and the lights were on, as the West Cobb Teams took to the field. As the plate umpire commented at the plate meeting with the coaches before the game – “I can already predict the winner of this game. It is going to be West Cobb Extreme!”

It was a competitive game with excellent pitching, solid hitting, aggressive baserunning, exceptional fielding, and a lot of great spirit and cheering. Both teams played well and the game ended in five innings with the West Cobb Extreme 07 Jacobs team narrowly winning the game at a scope of 2 – 3. Both West Cobb Extreme 14U teams with coaches and family celebrated on the field after the game.

You’re invited!
Join us for this free event for kids and families with special needs.
Our VIP special guests are invited to take part in the softball game!

Donations will be accepted throughout the event.

Wear your CRAZY or Mis-Matched socks to show your support. Show your CRAZY socks to Mighty Max Outfitters and be entered in a drawing for a FREE Shirt!