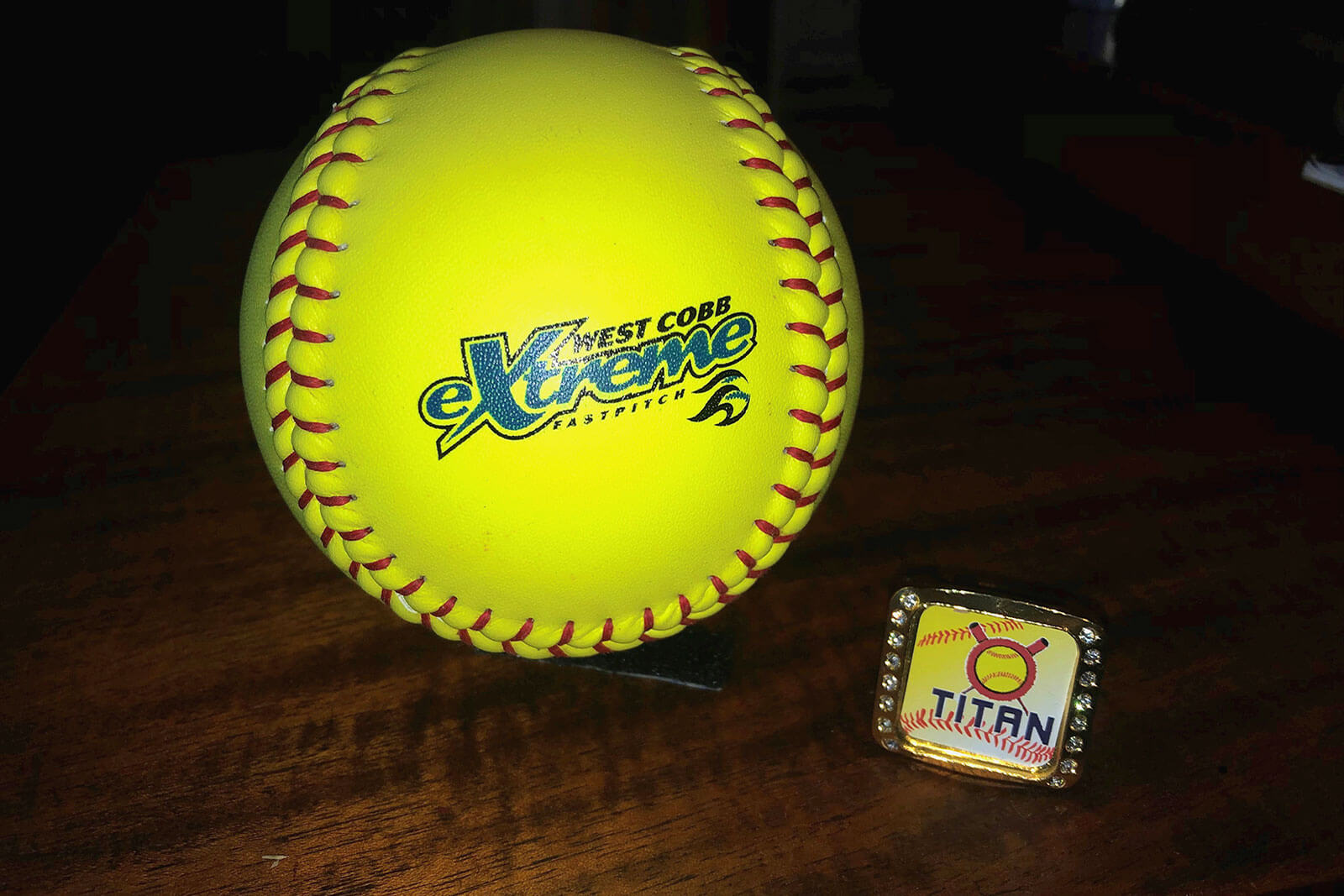 February 20 2021, Carrollton, Georgia – It was the team’s Spring 2021 Season Opener, the first time on the dirt in 3 months! West Cobb Extreme 07 faced some really strong teams, and it was *really* cold. The Extreme players took some time getting back into their groove – But with each game, their individual talent and collective teamwork emerged.

After pool play the team emerged in the 4th seed in the bracket. The the team eventually won the next bracket games and ultimately took 1st place after a 3-2 win in the Championship game. Way to go Extreme 07!

Extreme 04 travel softball is proud to announce its Spring Softball Skills Clinic! Open to student-players ages 8 – 12, the clinic is designed to teach fastpitch softball skills in the areas of hitting, defense, and offense.

The softball clinic, instructed by current 16U travel softball players and coaches from Champions Fastpitch Academy, will help the student-player learn new skills and be able to bring them to the field. Whether the student is in her first season or has experience playing, the clinic’s sessions will provide a fun, safe, and valuable learning environment for players at all levels!

After 15 hours of impressive softball in typical cold fall weather, Coach Isley’s 12U Extreme team fought hard against six other teams to end up in the championship game. The team’s 10 players all contributed to the 2nd place finish, and all were very proud to bring home their first trophies of the 2018-2019 softball season. The Fall World Series was the first tournament of the season for the team. Way to go Extreme 12U!

West Cobb Extreme 14U – Chauvin had a great outing at the GSA Fall World Series as well. Starting their first game at 9:00 am, the team won 4 games and lost two. It was the first tournament of the 2018-2019 season for the team, and each of the team’s players were still fighting hard after 13+ hours of play. West Cobb Extreme 14U lost their last bracket game by a narrow margin, and ended up in 3rd place. Way to go Extreme 14U!

West Cobb Extreme 14U played in a total of eight softball games over the three-day CAMSports Super N.I.T. in Columbus, GA. Through out the tournament, the team played at the top of their game, giving the team one of the top seeds in bracket play which began on Sunday. A 10-0 win over the Thomson Yarddogs in bracket play of the single-elimination tournament took West Cobb Extreme to the championship.

Facing off against Beehive Stardust 14U out of Auburn AL in the championship game, the two teams battled through regulation time to end up in a 0-0 tie after five innings. The tie forced the teams in to the CAMSports version of International Tie Breaker play. After the sixth inning, the score stood still at 0-0. In the seventh each team put five runs on the board, taking the game to an eighth inning. Once again in the 8th, the bats were working for both Beehive Stardust 14U and West Cobb Extreme 14U, with both teams scoring two runs each.

With the game still tied at seven runs each after eight innings, a 9th inning was underway. West Cobb Extreme 14U was right in it until BeeHive Stardust 14u scored three runs, and West Cobb Extreme could only send one across the plate. After almost three hours of play in the Sunday afternoon Georgia heat, the game ended with a score of 10-8.

Both West Cobb Extreme 14U and Beehive Stardust 14U were congratulated by CAMSports tournament directors after the game in the trophy ceremony. A hard-fought championship game with never-give-up attitudes were on display in Columbus!

Maddie C. was perfect on the mound as she led West Cobb Extreme 14U past GA Assassins 10-0 on Saturday, March 3, 2018 in GSA’s “Chill Still in the Air” tournament.

The perfect game is the first one ever recorded for any pitcher in the West Cobb Extreme travel program. Congratulations Maddie!

Players of West Cobb Extreme 12U, Coach Taliaferro, participated in the Tim Tebow Foundation’s “A Night to Shine” on Friday 2/9/18. The experience was awesome and unforgettable as the girls witnessed the pure pleasure of bringing joy to others through service.

The girls showed off their team-working abilities and excelled at their duties. The off-field bonding they experienced while working for such a great cause is something they will carry with them always. Great job team eXtreme!

Thanks to Sonja Kerst for organizing our activities and all the parents for allowing your children to experience a wonderful program.

About A Night to Shine:

Sponsored by the Tim Tebow Foundation. Night to Shine is an unforgettable prom night experience, centered on God’s love, for people with special needs, ages 14 and older. The event was held at more than 500 churches around the world simultaneously on February 9, 2018.

Lilburn, GA – November 11, 2017 – We had another great showing for the West Cobb eXtreme – Taliaferro team in our last fall tournament this weekend. Our girls took 2nd place in the USSSA Lions Club Championship tournament in Lilburn, GA. The day was filled with a lot of great softball. The team was undefeated going into the final game. The eXtreme bats were still hot with numerous singles, doubles, triples and TWO grand slam home runs – out scoring our opponents 27-13! Watching the girls learn and grow as a team is awesome.

The girls will be back at the field this week working hard before we move indoors for our winter workouts. Speed, agility, and strength training are a big part of our program. The best athletes are made during the off season and the girls plan to buckle down and be prepared for the Spring Season in peak shape.