February 29, 2020, Rockmart, GA – West Cobb Extreme 12U 07 wins it all at the team’s first tournament of the 2020 season! The GSA tournament was aptly titled Hot Chocolate Mornings, and rightly so. Even with very cold temperatures, the team won every pool game, giving them the number one seed in the tournament bracket.

Extreme 07 continued to remain undefeated through bracket play, landing the team in the championship match. After overcoming a 1-2 deficit, the team finished strong with a 4-3 win over Outcast 12U 07.

Head Coach Jacobs credited the team’s performance to hard work over the off-season. Factors of the win were attributed to exceptional pitching, solid hitting, smart base running, and a strong defense.

The West Cobb Extreme 12U ’07 team spent a Saturday afternoon at the Sterling Estates of West Cobb Senior Living Community sharing some holiday spirit with the residents. The team brought gifts and handmade holiday cards to over 25 residents of the facility. Both the residents and the team engaged in conversations about best Christmas memories, most delicious holiday meals, and (of course) softball! Everyone enjoyed cookies and lemonade and the event culminated with the Extreme team singing Christmas carols to the group! 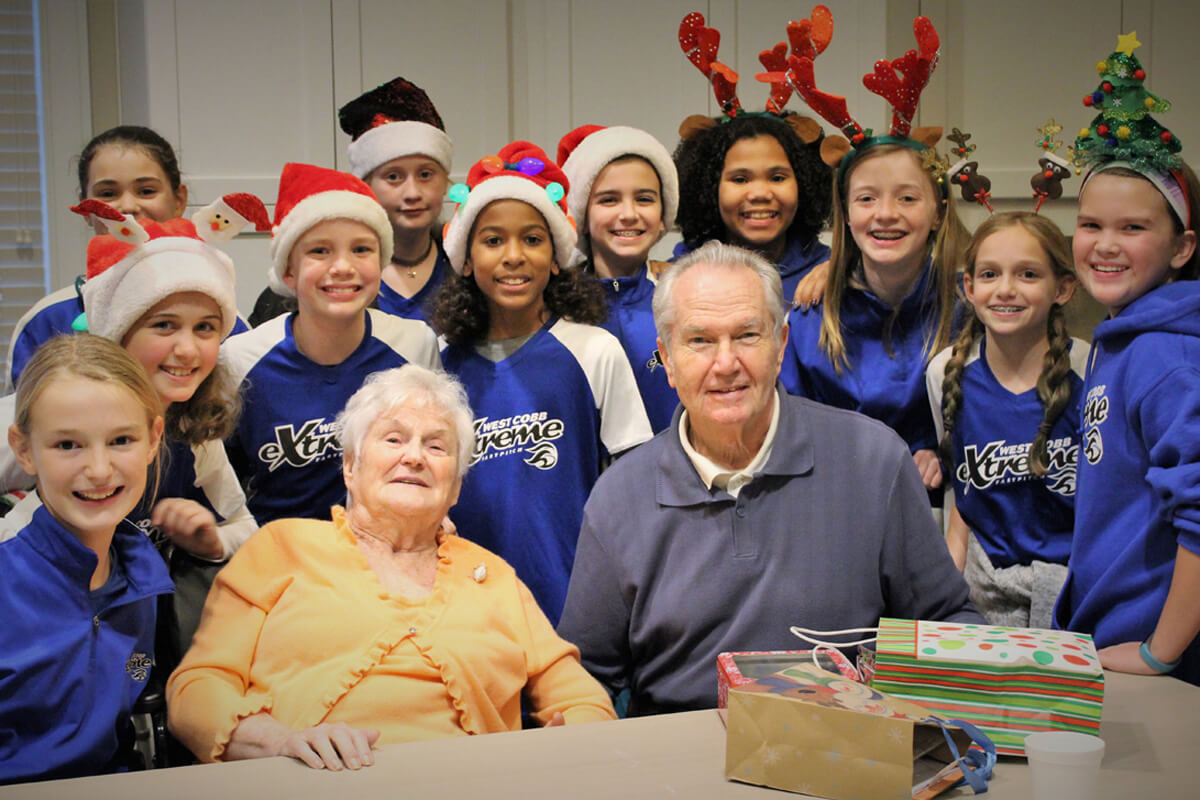 Everyone had a fun and festive time and not only were the residents pleased with the event (they requested an encore visit!) but a staff member of the facility that was not involved in the activity said her heart was so filled with joy listening to all the seniors laughing . . . and that it was so loud it prompted her to get up and peek in the room! She just saw smile after smile after smile, both young and old.

We will have a few more fans in the stands at Lost Mountain Park this coming season! 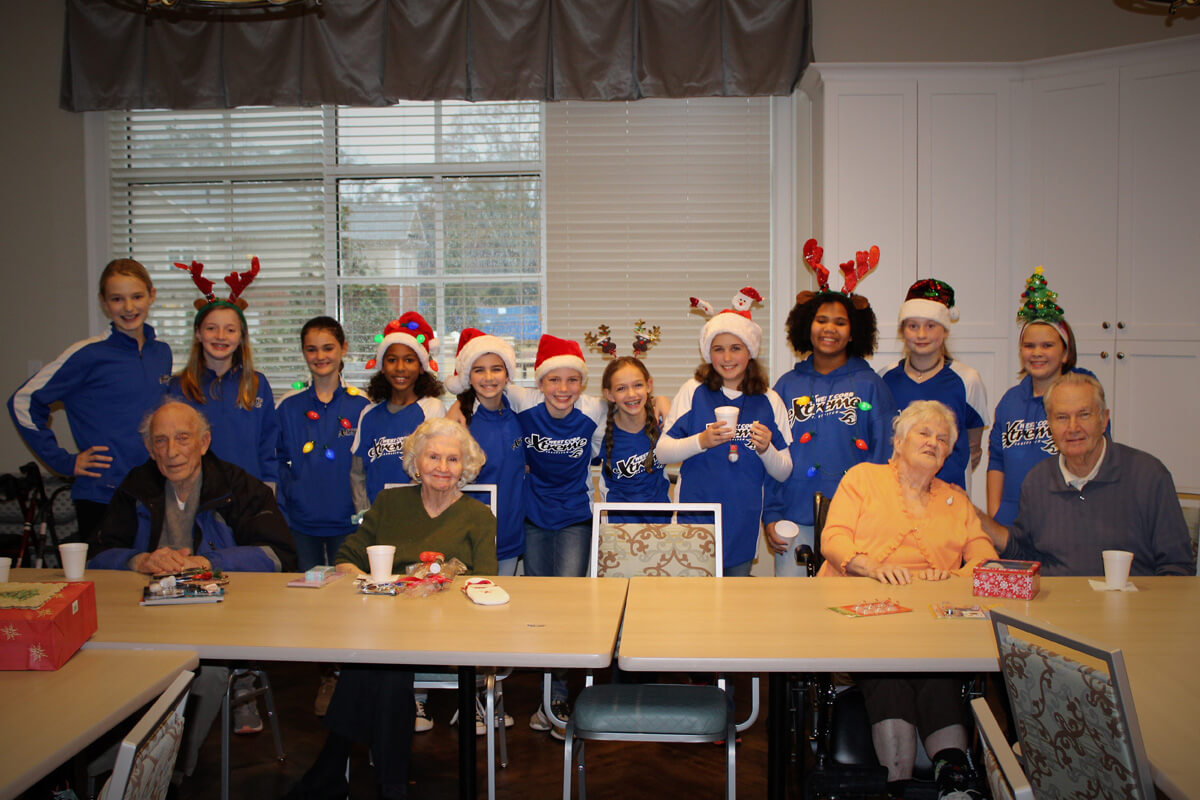 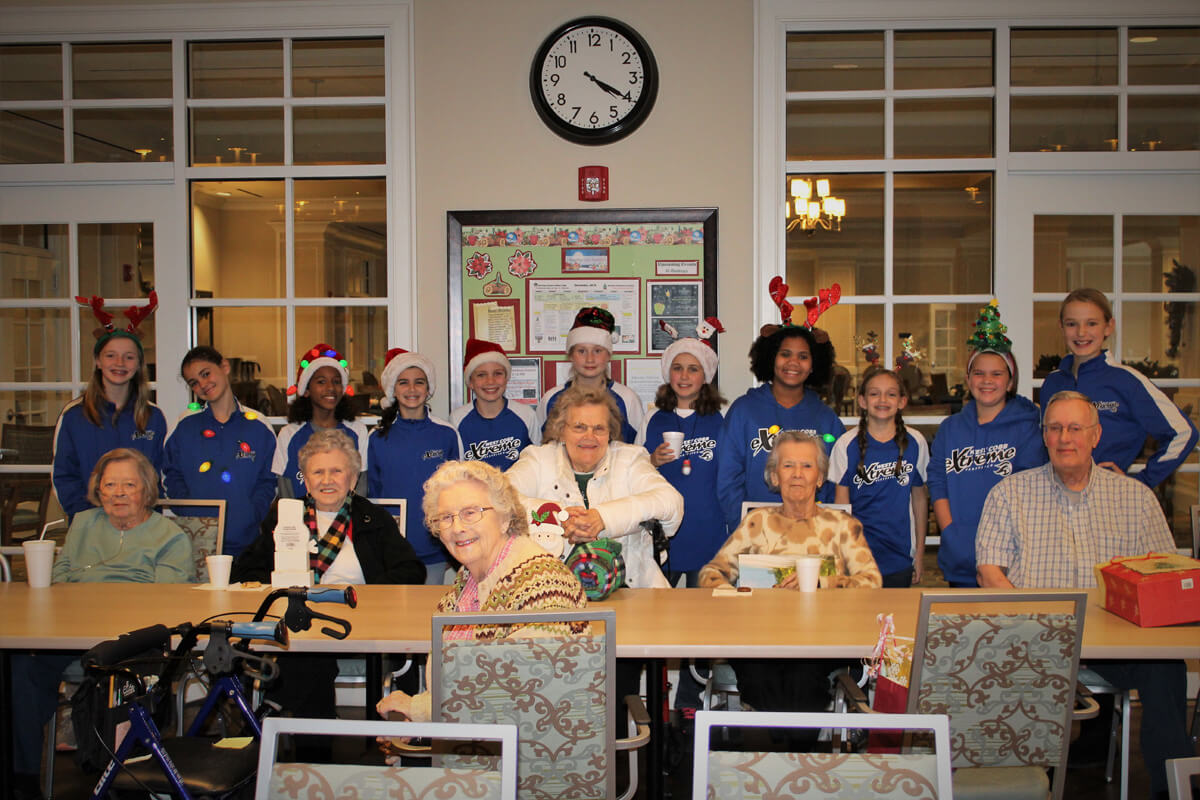